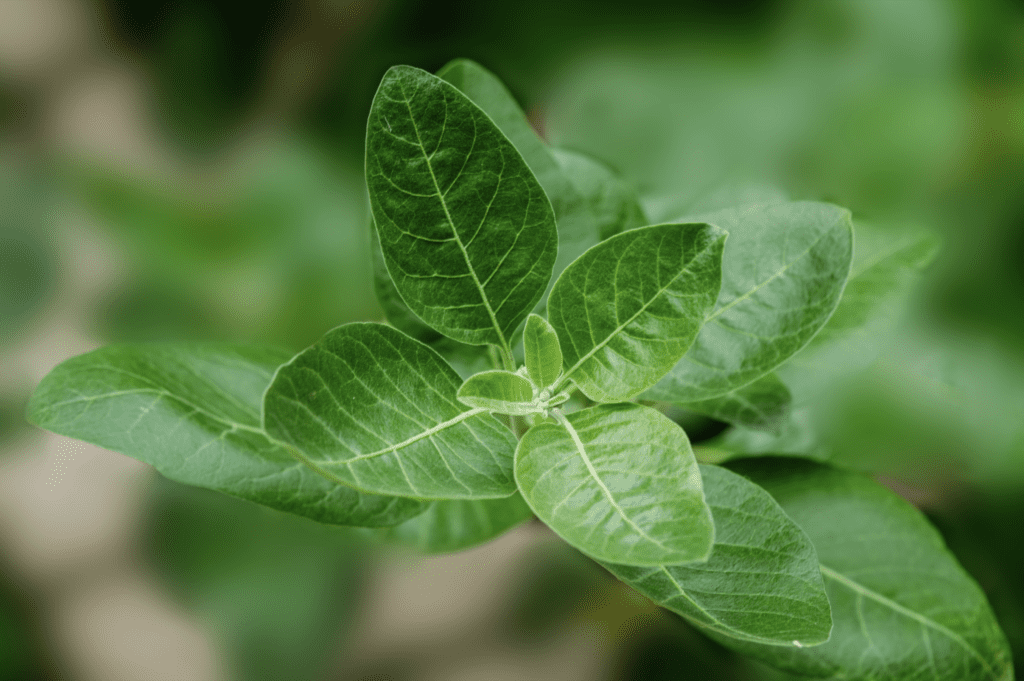 Ashwagandha is one of the most popular herbs in Ayurveda, an Indian system of traditional home medicine that has been used for hundreds of years to support overall health on the one hand and treat a wide range of illnesses on the other. It is recognized as the best adaptogenic tonic in general.

The main components of Ashwagandha are Withanolides (steroidal alkaloids and lactones with an ergaostane skeleton), of which withanone, withaferin A, withanolide A, and withanolide D constitute the major fractions, which are derived from various parts of the plant including leaves, shoots, and roots.

Withaferin forms the larger component, and recently its neuro regenerative, immunomodulatory, and anticancer properties have been studied.

Withaferin A and withanone’s anticancer activity has been demonstrated to be mediated through the activation of tumor suppressor proteins, the development of oxidative stress, and its detrimental effects on cell metabolism and the skeleton. In numerous paradigms, including drug-induced myelosuppression in mice, Withanolides were found to boost cell-mediated immunity. 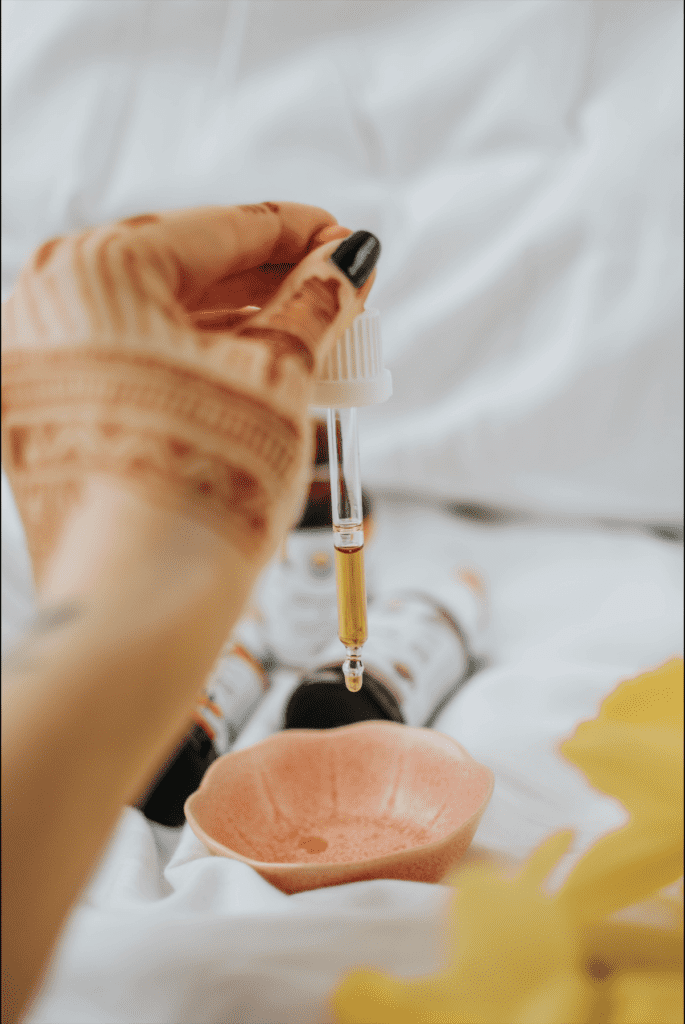 A key excitatory neurotransmitter in the central nervous system, glutamate has a role in a variety of cognitive, memory, and learning processes. It describes the signaling network that controls synapses’ differentiation, growth, and functionality in the brain.

Although glutamate is necessary for healthy brain function at an ideal level, low and high concentrations can result in neurotoxic or excitotoxic cascades. Neurodegenerative diseases have been linked and implicated with oxidative stress. Uncertainty exists regarding the molecular mechanisms underlying glutamate-induced neurotoxicity and excitotoxicity.

This article has been derived from a scientific study, conducted to evaluate the effect of different Ashagandha components on your brain health.

Read More: Can Caffeine and L-theanine help to stabilize your mood? A scientific report

What is the subject of the study?

The study was conducted by PLOS ONE 2015 to know the effect of Ashwagandha leaf-derived bioactive compounds on brain health. They used a different methodology to get valuable findings and results from the study.

To investigate the impact of extracts (alcoholic and water) and their bioactive components on the neuroprotective activity against oxidative stress, they used cultured glioblastoma and neuroblastoma cells. The survival patterns of glial and neuronal cells’ marker proteins in control, stressed, and recovered settings were examined using a variety of biochemical and imaging tests.

They discovered that, when applied in modest doses, the extracts and one of the purified components, withanone, protected the glial and neuronal cells against glutamate and oxidative damage and encouraged their differentiation.

Additionally, the extract and active ingredient combinations were quite strong, supporting the therapeutic value of the combinational strategy.

How was the test conducted?

The following methods were used to collect data;

IMR32 cells were kept alive in a humid incubator using minimal essential medium supplemented with 10% fetal bovine serum and 1% NEAA-nonessential amino acids. After cell growth to 60 percent confluency, a low concentration of an alcoholic extract of Ashwagandha leaves was applied to the cells.

The doses that were not harmful were chosen. The cells were stressed with H2O2 for one to two hours after receiving the indicated compounds’ pretreatment for 24 hours, and then they were allowed to recover in a medium supplemented with the reagents afterward. They discovered that the pre-treatment worked best.

The quantitative colorimetric MTT test, which displays the mitochondrial activity of live cells, was used to gauge cell viability. Briefly, 96-well plates were used for the tests. Cells underwent stress and recovered as previously mentioned. The mitochondrial dehydrogenases in live cells converted the yellow MTT reagent into purple formazan to measure cell viability.

Using the Image-iT LIVE Green Reactive Oxygen Species Detection Kit, the reactive oxygen species were discovered using fluorescence staining. Cells were treated with Ashwagandha reagents for 48 hours at roughly 60% confluency, then underwent stress and recovered as suggested. To detect ROS, cells were dyed according to the manufacturer’s instructions. 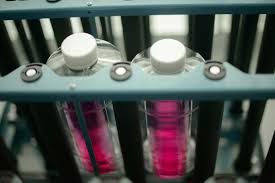 On glass coverslips positioned in a 12-well culture dish, cells were plated. Cells were stressed and recovered as indicated at roughly 60% confluency, then washed in cold phosphate-buffered saline.
Using a confocal laser scanning microscope, pictures were captured to check for the presence of mortalin in the nucleus. Imaris software was used to evaluate the files once they were moved to a graphics workstation.

10-cm dishes were used to plate the cells. They were handled as previously mentioned when they reached around 70% confluence. Immunoblotting was used to check the mortalin protein in fractions.

Cells were plated in 6-well plates at 50,000 cells per well and cultivated to 60–70% confluency before the aforementioned treatments.
Lysates were centrifuged at 15000 rpm for 15 min, and the supernatant (20 μg protein) was resolved on SDS-PAGE followed by transfer onto a nitrocellulose membrane (Millipore) using a semidry transfer blotter.
The immunocomplexes formed were visualized with horseradish peroxidase-conjugated anti-rabbit/mouse immunoglobulin G.

What was the result of the study? 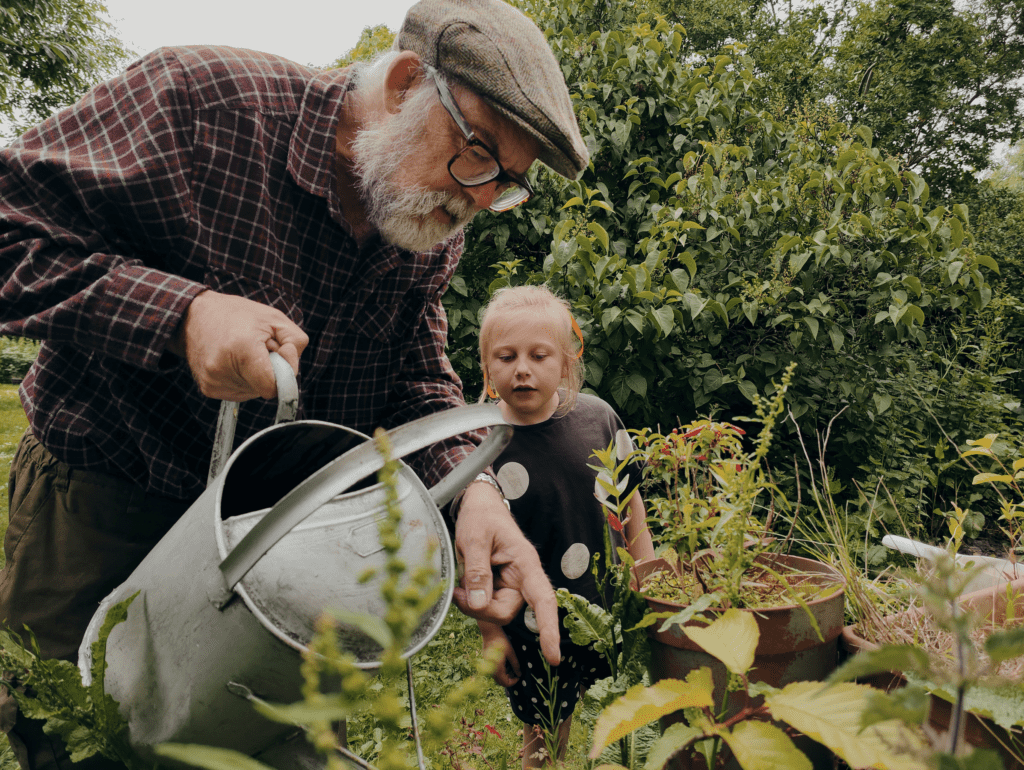 After receiving a 24-hour pretreatment with Ashwagandha reagents, human neuroblastoma and rat glioblastoma (C6) cells were exposed to H2O2 for two hours. The cells were then incubated in either a control medium or test medium that had been enhanced as needed with either alcoholic or water (WEX) extracts or their active ingredients.

After 24 hours of recovery, MTT assays showed that the H2O2 treatment had decreased the cell viability to roughly 40%. Cell recovery in the presence of i-Extract, withanone, or WEX, on the other hand, led to a 20–30% increase in viability. Withaferin A-supplemented media did not have a protective impact on the cells that were recovered for either C6 or IMR32 cells.

LDH assay was used to further confirm the data. When cells were exposed to H2O2, their LDH release increased, indicating its cytotoxic effect. Similar to the viability assay, the LDH assay revealed that withaferin A-treated cells had the least protective effect. They measured the levels of ROS and H2AX in cells recovered in control and test reagents to determine whether i-Extract, withanone, and withaferin A protected the cells from oxidative or DNA damage stress

The ROS and H2AX levels in the cells recovered in the test medium containing either i-Extract, withanone, or WEX significantly decreased, indicating their protective impact. Based on the degree of production of either ROS or H2AX, cells recovered in withaferin A-supplemented media demonstrated the least recovery.

Based on the above-mentioned protection provided by Ashwagandha extracts for oxidatively challenged glioblastoma and neuroblastoma cells, the researchers then looked at whether these phytochemicals could shield differentiated C6 and IMR32 cells from oxidative stress.

The cells were exposed to H2O2 after being treated with retinoic acid (RA), as explained in the material and methods, and then recovered in the test media as specified. I-Extract, withanone, or WEX-supplemented medium-recovered cells displayed differentiated cell morphology, which was further supported by immunostaining with a glial cell marker.

3. Glial and neuronal cells exposed to glutamate were preserved in their differentiated form by ashwagandha leaf extracts.

They looked at how ashwagandha extracts affected the cytotoxicity caused by glutamate in differentiated glial and neuronal cells. Following retinoic acid differentiation for 5 days, the cells were incubated in Ashwagandha reagents for 24 hours, then challenged with glutamate for another 24 hours.

Cells recovered in either I-Extract or withanone or WEX-supplemented medium showed higher viability as compared to the control cells. Furthermore, a combination of i-Extract and WEX resulted in enhanced recovery.

In agreement with the increase in viability, LDH release significantly decreased when cells were recovered in i-Extract or withanone or WEX-supplemented medium. The LDH release was lowest in the presence of the i-Extract and WEX combination. The shape of glutamate-treated cells was rounded and shrunken.

The cells that had been pretreated and then recovered in the presence of i-Extract, withanone, WEX, or a mixture of I-Extract and WEX, demonstrated a significant level of protection. They looked at the expression of neural differentiation markers and discovered that the medium treated with I-Extract, withanone, or WEX prevented the expression of both NF-200 and MAP2.

Additionally, they examined whether this preservation of the differentiated state of cells was linked to protection against oxidative and DNA damage or (ii) linked to a boost in the differentiation potential of cells. In glutamate-challenged cells, ROS and H2AX levels increased. The cells recovered from oxidative and DNA damage stress in media supplemented with ashwagandha extracts.

Additionally, the I-Extract and WEX combination demonstrated the highest recovery as seen by extremely low ROS and H2AX levels and high levels of the differentiation marker protein, NF-200.

Previous studies have demonstrated that Ashwagandha leaf extracts have anticancer properties in many human cancer cells. Low dosages of the alcoholic and water extracts were proven to product differentiation, whilst large doses were shown to cause apoptosis or growth arrest of cancer cells.

As a result, they were offered as potential natural medications for differentiation-based therapy. Low dosages of withanone and water extract have also been demonstrated to be protective against glutamate- and scopolamine-induced excitotoxicity, respectively. There has not been any information on comparative research on how alcohol and water extracts react to oxidative stress, a major contributor to neurodegenerative illnesses. In the current study, we addressed these problems.

According to research, the antioxidant capabilities of Ashwagandha’s components cause in vivo neuroprotection against stress in rats. We investigated the impact of Ashwagandha extracts on recognized indicators of oxidative stress (ROS) and DNA damage in cell-based experiments (H2AX).

It is known that DNA double-strand breaks cause the phosphorylation of H2AX at Ser139 in mammalian cells. The phosphorylated form of H2AX (γH2AX) along with other DNA damage response proteins (ATM, ATR, CHK-1, and CHK-2) constitute DNA damage foci in the nucleus that are easily identified by immunostaining with anti-H2AX antibody.

These tests showed that ashwagandha extracts reduced the formation of ROS and H2AX generated by H2O2 and glutamate, indicating that the neuroprotection was at least partially driven by their anti-oxidative characteristics. We discovered that the alcoholic and water extracts had equivalent protective effects. Withaferin A was also ineffective, at least at the levels utilized in the current investigation, but withanone was protective against oxidative stress.

We employed differentiated glial and neuronal cells and subjected them to glutamate cytotoxicity, a documented cause of neurodegeneration and decrease in memory skills, to assess the therapeutic potential of these extracts for neurodegenerative illnesses. They discovered that when differentiated glial and neuronal cells were recovered in i-Extract, withanone, or WEX-supplemented media, the glutamate-induced oxidative stress and DNA damage were reduced.