Substantial attempts have been made to investigate Vinpocetine’s unique therapeutic benefits and mechanisms of action in numerous cell types and disease models due to its good safety profile.
Numerous novel actions of Vinpocetine have been discovered recently, including its ability to reduce inflammation, combat injury-induced vascular remodelling and atherosclerosis, as well as to attenuate pathological cardiac remodeling. These groundbreaking discoveries might make it easier to use Vinpocetine for the prevention or treatment of pertinent human illnesses.

The Hungarian scientist Csaba Szántay initially discovered Vinpocetine from the lesser periwinkle plant in 1975. It was first produced in 1978 by the Hungarian pharmaceutical company Gedeon Richter under the trade name Cavinton. 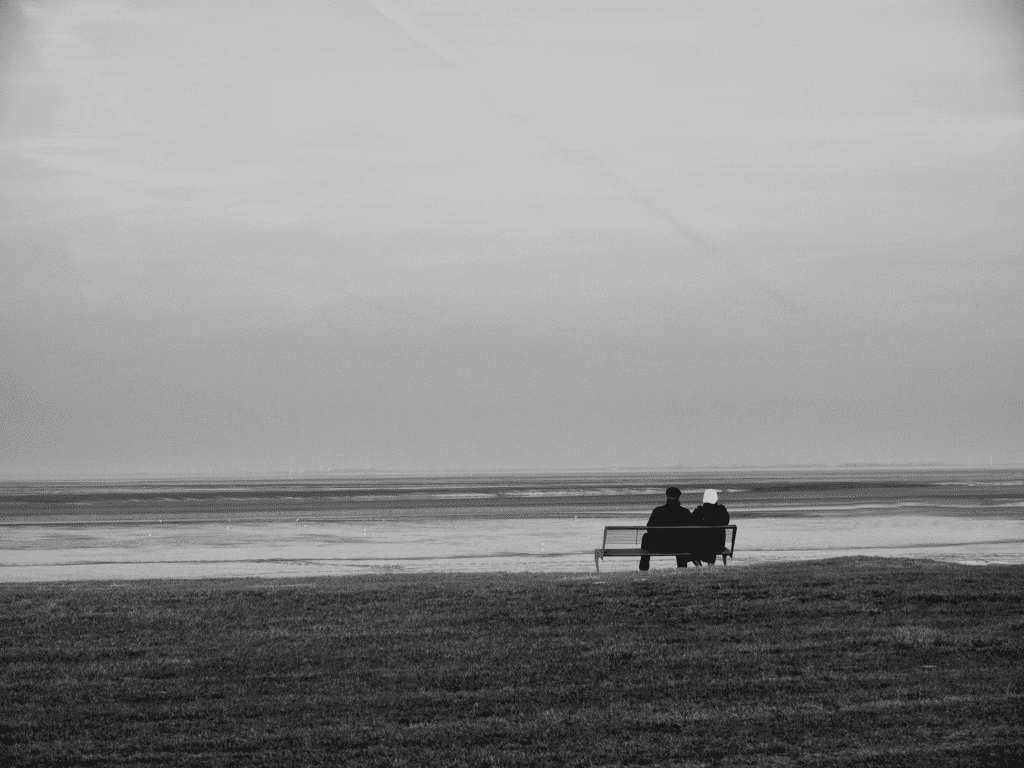 In the past, Vinpocetine has been used in Europe to improve blood flow to the brain in the treatment of epilepsy, stroke rehabilitation, and cognitive decline. It has gained popularity among nootropic users more recently due to its potential to improve memory and cognition.

There are several ways that vinpocetine works. When dopamine or glutamate is inhibited, it seems to have suppressive effects on neurotransmitter release and neuroprotection. It also appears to interact with several ion channels (sodium, potassium, and calcium) (these two, when unnecessarily stimulated by toxins, can cause oxidative damage).

Additionally, it interacts with TPSO and alpha-adrenergic receptors. While the precise advantage of these receptor connections is unclear, they are likely relevant because they take place at the same concentrations as ion channel interactions.

Additionally a PDE1 inhibitor, Vinpocetine has cardioprotective and cognitively boosting effects. Regrettably, this inhibition only appears at rather high doses and might not be relevant to Vinpocetine normal supplemented doses.
Similar to PDE1, Vinpocetine appears to have an antidopaminergic potential and directly inhibits glutaminergic receptors in vitro, however, these effects may not be relevant to routine supplementation.

Although there are certain receptor interactions on alpha-adrenergic and TSPO that appear to be relevant, Vinpocetine is most likely a modulator of ion channel activity. Other mechanisms, such as PDE1 inhibition or preventing glutaminergic/dopaminergic neurotransmission, have been reported in vitro but at much greater concentrations, thus they might not be pertinent after oral Vinpocetine administration.

Vinpocetine may have a positive impact on cognitive function in a range of animal models of chronic cerebrovascular disorders, according to preclinical research of variable quality. Clinical investigations were conducted to evaluate these hypotheses before the broad acceptance of the present dementia diagnostic criteria.
All of the studies were found using a variety of words and criteria for cognitive decline and dementia and were completed before or in the early 1990s. 583 dementia patients received Vinpocetine or a placebo in the three studies that made up the review. These studies’ reports did not allow for any distinction between the effects of vascular dementia and degenerative dementia.

The data demonstrate an advantage of vinpocetine 30 mg and 60 treatment over placebo, but there were few individuals treated for six months or longer.
A year of treatment was only extended in one trial. Unpredictable adverse events were recorded without consideration of their dose relationship. Intention-to-treat data were not available for any of the trials, even though the existing data do not show many difficulties with side effects.

Vinpocetine significantly improved scores on the Erlangen Depression Scale and the Well-Being Scale in two investigations, although statistical analysis of the data was not possible. In the two included investigations, the Life Satisfaction Scale was used to measure the overall quality of life. One of them reported Vinpocetine’s advantageous benefits.
Vinpocetine is taken three times a day with meals in amounts ranging from 15 to 60 mg per day. The recommended low dose is 5 mg at each of these three meals, and the most effective dose is 20 mg at each meal.
These dosages are used to protect the nervous system, improve cerebral blood flow, and slow cognitive deterioration. 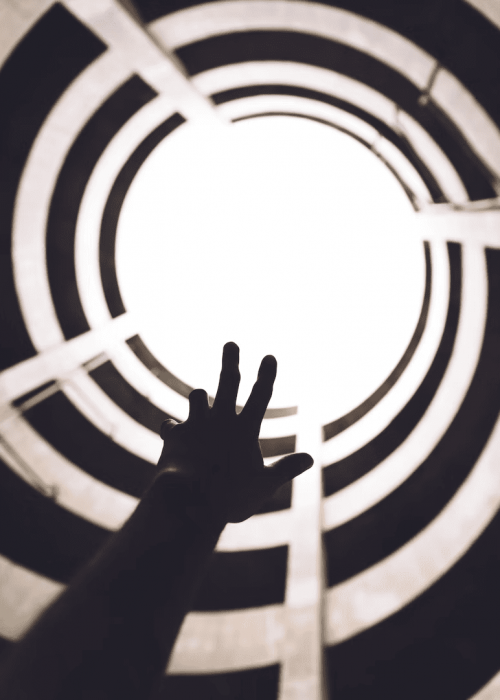 There isn’t much research on how doses at the higher end of that range might help promote cognition and memory formation in otherwise healthy people.Animal studies have shown that the equivalent of dosages above 10 mg/d for pregnant women is harmful to the fetus. 10 mg/daily can be dangerous, especially if taken for the duration of pregnancy.

During emergencies like strokes, this nootropic can help to safeguard the brain. Vinpocetine appears to be able to prevent cognitive harm caused by these attacks.
Additionally, glutamate, a neurotransmitter that “inevitably plays a role at the beginning and spread of seizure activity,” is successfully decreased by Vinpocetine. It was a promising option for the treatment of seizures because it did this at lower concentrations than conventional antiepileptic medications.

Vinpocetine can scavenge free radicals before they harm neurons thanks to its potent antioxidant capabilities. Particularly when you get older or experience stress, this can prevent toxicity and protect cognitive function.
In numerous trials of older persons with memory issues, Vinpocetine dramatically improved performance on global cognitive tests including attention, concentration, and memory more than a placebo.
Vinpocetine may enhance memory performance via modifying cholinergic processes, preventing neuronal cell damage, and through its antioxidant mechanism.

Although there is conflicting evidence at the moment, Vinpocetine may help treat Alzheimer’s symptoms. The outcomes of certain studies clearly show that Vinpocetine boosts adenosine’s neuroprotective impact on neurons.
The main neurotransmitter glutamate, which has been associated with Alzheimer’s disease, is inhibited by the stimulation of postsynaptic A1 receptors by adenosine.
Sadly, a meta-analysis of human trials for Vinpocetine and Alzheimer’s Disease failed to find a connection suggesting that it would be helpful. However, there are significant problems with the specific research they examined, so these findings should be interpreted cautiously.

The studies that were found all used different definitions and standards for dementia and cognitive decline and were conducted before and in the early 1990s. These studies’ results did not distinguish between dementia caused by vascular disease or dementia caused by degenerative disease. A year of treatment was only extended in one trial.
None of the trials had intention-to-treat data available. Therefore, Vinpocetine has a theoretical basis for treating Alzheimer’s disease nevertheless, more high-quality clinical trials are required before we can make any firm judgments.

Several studies have demonstrated that Vinpocetine can actually slow down hair loss, and one even suggests that the extract can stop it altogether. Author Beth Ley demonstrates how the extract truly functions as a vasodilator, assisting in the prevention of hair loss, in her book “Vinpocetine: Revitalize Your Brain With Periwinkle Extract.”
Her research was made possible by the development of Minoxidil, a medication designed to slow or prevent hair loss. The negative effects outweighed the positive ones by a wide margin, with low blood pressure and severe chest aches among the worst.
Vinpocetine, according to Ley, provides the same advantages as Minoxidil while being risk-free, all-natural, and devoid of adverse effects. 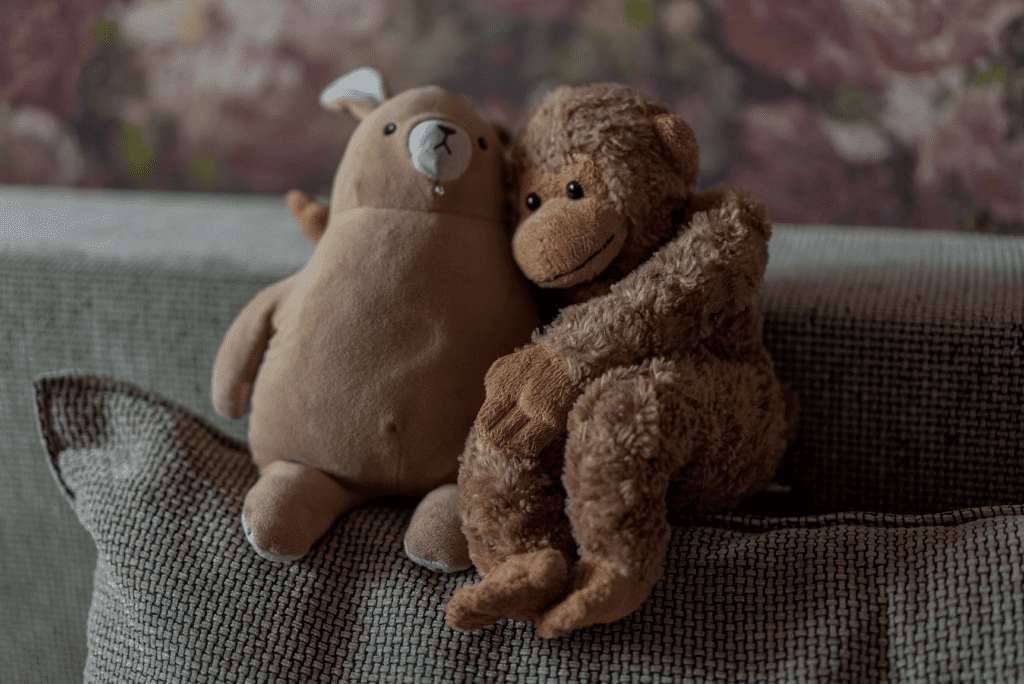 Have you ever felt a peculiar, abrupt sense of lightheadedness that makes you feel like you’re about to pass out? Perhaps when you stand up too quickly, the room spins and you feel as though you’re going to drop your meal.
This sensation is referred to as vertigo, and Vinpocetine can help with it. Vinpocetine can get rid of your vertigo while being fully safe and without any negative side effects.

From where you can buy Vinpocetine

SupplementAdvisor.net is a free advanced tool that provides personalized nootropic recommendations to you through the power of its Artificial Intelligence. Here you can buy high quality Vinpocetine .

We have solidified our name by introducing ground-breaking Nootropics Depot`s items of the highest calibre that are appropriate for the circumstances of our regional environment, that a healthy society must prioritize the maintenance of people’s physical and mental well-being.

It would be superfluous to mention every possible side effect that was seen in each of these trials. The majority of the trials showed no negative effects. However, a few minor abnormalities were identified in a few trials, particularly in those involving older patients.
Five instances of face-flushing, dyspepsia, dry mouth, palpitations, vertigo, and other mild disturbances were observed in the placebo-controlled studies. These negative effects were never able to be distinguished from those brought on by placebo tests. The consensus among the writers is that Vinpocetine has no clinically significant adverse effects.
There have been no new side effects reported in clinical trials including for individuals who received Vinpocetine or a reference drug. Adverse reactions occurred very rarely (always less than 5% of all cases), and the symptoms were insignificant (epigastric pain, hot flashes). 15.1% of the Vinpocetine patients in the Xantinol nicotinate trial passed away while receiving treatment.

This was not a side effect of the medication in fact, about 30.6% of trial participants who received reference therapy also passed away. Since the patients were in a near-terminal state when the trials began, it is established that this medication is not harmful.
Except for the open, uncontrolled study by Ebi, where slightly more than 2% of participants experienced negative side effects, no side effects were observed in the smaller trials. A slight allergic response caused one to stop receiving treatment.
Diogo conducted a thorough analysis of the negative effects on the 500 reported adverse reaction cases (5.59% of the total). The most significant side effects that have been noted are tachycardia and hypotension. These affectations’ frequency cannot be distinguished from those seen in the earlier placebo tests.

It is safe to say that Vinpocetine has almost no negative effects based on these extremely detailed investigations of side effects in thousands of patients. The many side effects that have been noticed are listed in the technical file and brochure. Since the evidence indicates that this is merely a placebo effect, it may even be stated that those that were included were unnecessary. None were missed.
Drug interactions that cause hypotension are not ignored. Furthermore, Vinpocetine has been marketed for more than ten years without any indication of interactions, thus it is reasonable to say that Vinpocetine has no interactions. Animal studies have led to pregnancy contraindications, which have been covered in the appropriate area.

From the series of clinical trials, it can be inferred that Vinpocetine’s indications are precise and supported by reliable medical research, which is a satisfactory demonstration. In a similar vein, it can be claimed that all of Vinpocetine’s known negative effects are covered by the recommended contraindications and warning of potential side effects.

Interaction with other drugs

An experiment has been included to look into potential interactions between Vinpocetine and recognized hypotension because it has been demonstrated that the drug may have a potential hypotensive impact. A large group of patients, aged 55 to 75, with mild to severe hypertension received treatment for 6 weeks with hypotensive medications, followed by 6 weeks of Vinpocetine 20 mg/day. Haemogram, urine liver function, total lipid level, serum cholesterol, plasma Na- and K concentrations, urea nitrogen and serum creatinine readings, as well as ECG, were all monitored during the examinations.

During the several-month monitoring period, no clinical signs that might have been caused by the Vinpocetine and hypotensive medication combination treatment were seen. The authors advise combining Vinpocetine with hypotensives in their conclusion to the study.